The namesake for our company is Sir Kenelm Digby because of his adventurous, inquisitive spirit and his key role in the history of the wine industry. Digby invented the modern wine bottle in the 1630s.

At the time, wine was shipped in barrels because glass was too weak; however, the wine would too often go off. Digby used both technology and design to make things better. He used coal to get the furnace in his glassworks much hotter to produce dark, thick, robust glass, not like the Venetian finery that only the wealthy could buy. Digby also designed a low, curved bottle with a punt for strength, with a ring of solid glass around the neck to use to tie off a stopper and protect the wine from air. Our shard-like front labels are designed to reflect this shape.

Digby’s scientific work was as widely recognised as his eccentricity and effusive personality. A founding member of the Royal Society and a prolific writer, including a cookbook: The Closet of the Eminently Learned Sir Kenelm Digbie Kt. Opened; this polymath was at the time described as ‘The Ornament of this Nation’.

As a privateer he said the world had many well documented adventures. His settling down with the love of his life, Venetia Stanley, was short-lived with her untimely and sudden death just eight years later. Stricken with grief, Digby refocused on his scientific interests and matters of the Royal Court.

To us, Sir Kenelm embodies all that is great to be English: a passion for adventure and discovery, for creativity and excellence – all balanced by living life to the full whilst not taking ourselves too seriously.

A Stain in the Blood 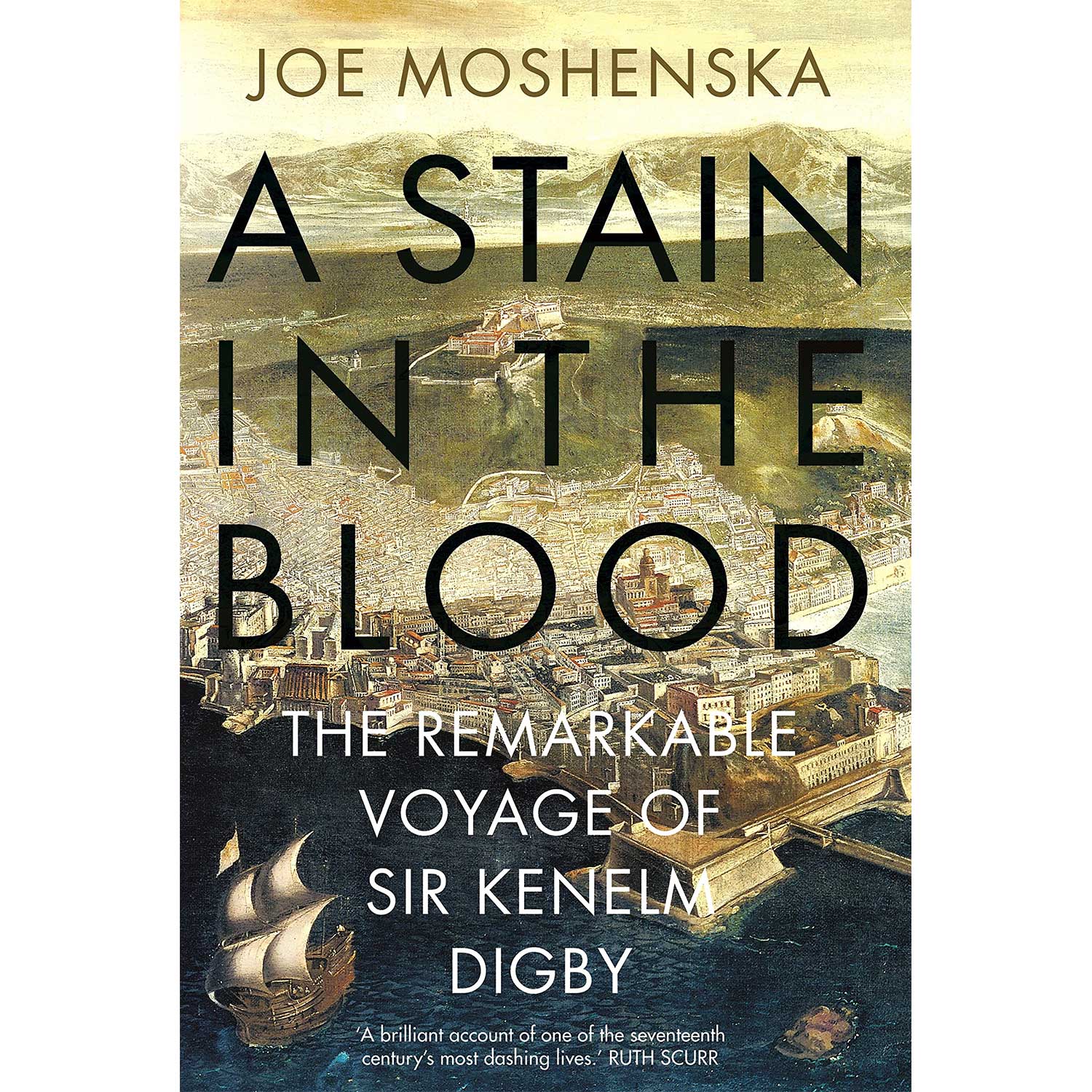